As undocumented youth with and without DACA continue to experience challenges within the current social-political climate, there is a need for youth practitioners, ministers, and advocates to support them. Scholars, mentors, and DACA recipients discuss the best practices for mentoring them in this webinar. You will learn

What are the practical guidelines to mentoring DACA and undocumented youth as they face challenges within the current social-political climate? Based on the webinar, we outline 8 research-based mentoring practices to help you advocate and support these youth during uncertain times. 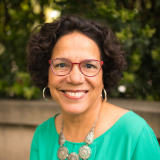 Lisseth Rojas-Flores is associate professor of clinical psychology at Fuller Theological Seminary and a licensed psychologist. Her research focuses on trauma, youth violence prevention, parent-child relationships, and the overall wellbeing of immigrant children and families in the United States. Her work is deeply informed by culture and context. As a bilingual/bicultural clinical psychologist, Dr. Rojas-Flores is especially interested in addressing the interrelationships between family issues, mental health, and social justice. 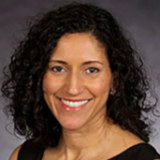 Bernadette Sánchez is professor of community psychology at DePaul University. She is an expert on the role of mentoring relationships in the positive development of urban, low-income adolescents of color. Her research is on the role of formal and natural mentoring relationships in youth’s educational experiences, the resilience of marginalized youth, and the role of racial and ethnic processes, such as racial discrimination and racial/ethnic identity, in adolescent development. 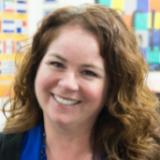 Marisol Clark-Ibáñez is a sociologist and chair of the Sociology Department at Cal State University, San Marcos. She studies issues of immigration, education, childhoods, social capital, and computer science education through a social justice lens. As faculty director of the National Latino Research Center, she works collaboratively on applied research projects in the community on civic engagement, health, and incarceration. She currently coordinates Education Without Borders, a regional listserv that informs educators, students, and families about the latest on immigration, and is co-facilitating UndocuResearch Project, a research group which is a study by, for, and with undocumented community members and students to research the experiences of undocumented high school students since the election of President Trump. 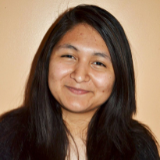 Born in Iguala, Guerrero, Mexico, Norma Ramirez is DACA recipient and doctoral candidate in Clinical Psychology Program at Fuller Theological Seminary. It wasn’t until attending graduate school that she realized crossing the border was a traumatic experience that continues to shape every part of her life. Norma is both an advocate for her therapy clients within the system and an activist in the greater socio-political context for Latino/a immigrant youth and families. 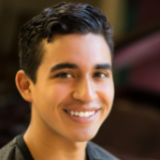 Born in Mexico City, Emiliano Tellez moved to Pasadena, California at the age of six with his mom and three siblings in search of a better life. After a tough elementary experience, he excelled in middle school and developed a passion for sports and the arts, specifically in acting. After one year at a high school in the Pasadena Unified School Distric, he prepared himself to audition for the prestigious acting program at the Los Angeles County High School for the Arts, and was part of a group of 4 selected from 900+ who auditioned. He graduated from LACHSA in 2016 and has been in San Francisco State University studying acting ever since. He considers himself blessed to be supported by STARS: Illuminate, Educate, Advocate, and attests he would not be the person he is today without their support. 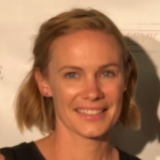 Sonia Luginbuhl is a mother of three children and associate pastor at Mountainside Communion Church of the Nazarene. She studied theology and intercultural studies at Westmont College and Fuller Theological Seminary. Her emphasis for the Master of Arts was mission and migration—a response to the 2003 United States invasion of Iraq, which was the context for her work among the refugee communities in the migration intersections of Athens, Greece and Istanbul, Turkey.  Since then, she has remained actively involved in the immigration narrative(s) in Southern California, most vitally, through friendship and hospitality. 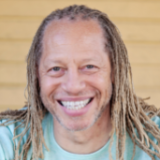 A native to Los Angeles, Eric has served urban youth and teens dealing with trauma for over 40 years as a pastor, director, and educator. As director of partnerships and collaborations at STARS: Illuminate, Educate, Advocate, he is responsible for building support and advocacy within the Pasadena Unified School District community around systemic issues impacting vulnerable students and families by leveraging relationships within the faith, non-profit and business communities. Eric is a graduate of and a Southern California liaison for the DeVos Urban Leadership Initiative (DVULI), whose mission is to make a positive impact on the lives of disadvantaged urban youth by investing in their leaders.