United by a Common Purpose

Am I one of the athletes? Am I here to observe? I’m on a bus to Rosarita, Mexico, with a team of 50 professional athletes, five Hope Sports leaders, and another student researcher to build a home for a family of seven that is living in poverty. When we first arrived at the build site, I was not sure of my place as a researcher and former athlete. Do I jump in or do I watch? This internal dialogue stopped as soon as I was handed a hammer. As soon as we began to build, I found that there was no division among members—we were all one group with a common purpose. We were here to build a home. This message of unity stood out as a theme throughout the weekend. Despite differences in sport, competitive status, occupation, age, and nationality, we were all united in our purpose to provide hope to a family in need.

Through my conversations with many of the athletes, I could immediately tell that our research on performance and purpose-based identity was important. Many of the athletes I spoke to asked me about the specific research as it applied to high performing athletes. After a minute of mulling over some various topics, many asked me, “doesn’t this apply to everyone?” Absolutely. While the topic of identity is particularly salient to physically performing individuals, it can apply to everyone. Everyone can benefit from a purpose-based identity characterized by healthy relationships, higher purpose, resilience, and character.

While some people are naturally driven by purpose, many people base their worth in what they do rather than in who they are. We believe that through experiences like a home build with Hope Sports identities can begin to shift towards something greater than achievement. This shift occurs through meaningful encounters that are experienced cognitively with the mind and affectively with the heart.

I was eating lunch with the family we were building the home for and asked the two oldest daughters what they wanted to be when they grew up. The girls said they wanted to be teachers. Their mother, visibly proud, turned to me and said, “Now we can dream.” I was incredibly moved by this comment because I realized the power of having a dream. Sharing this experience with many of the athletes, we realized that the ability to dream is a freedom and a privilege that we take for granted. Many athletes remembered it was a dream that led to long hours of relentless training and significant sacrifices in order to pursue athletic greatness.

While many people have dreams of Olympic gold medals and high performance, few are able to see the dream through to the end. I began wondering what it takes for dreams of this nature to become realized. The answer, among other things, is training to be the very best—to be perfect. Researchers have identified that this training towards perfection typically takes on one of two forms: perfectionistic striving or perfectionistic concern. A striving for perfection is characterized by hope for success and confidence. On the other hand, concern for perfection is characterized by fear of failure, depression and shame.[1]

Dreams of competitive excellence are worthy and should be pursued, but it is important to approach with hope rather than fear. The Hope Sports build was an incredible opportunity to foster hope in the athletes who were building, and in the family we were serving by working together towards a common purpose.

This is reflection was based a Hopes Sport Build trip from June 3-6, 2016 in Rosarita, Mexico as part of our study. Hope Sports is a nonprofit organization that promotes personal growth and community among athletes through short-term service trips to Mexico, Panama, Costa Rica, and the Dominican Republic.

[1] Sagar, S. S., & Stober, J. (2009). Perfectionism, fear of failure and affective responses to success and failure: The central role of fear and experiencing shame and embarrassment. Journal of Sport and Exercise Psychology, 31, 602–627. 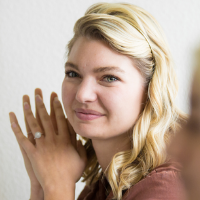 Christina (Christa) Scholtz served as a Thrive Scholars Fellow from 2016-2018. She holds a PhD in Clinical Psychology at Fuller Theological Seminary. She has contributed to the Thrive Center’s studies, "Virtue Interventions in Adolescent Athletes and Self Narratives" and "Emotional Health among Elite Athletes."