Asset Building in Youth: Do You Treat Them as Half Full or Half Empty?

Dr. King examines research on viewing youth through the lens of possibility rather than problems. More than a simple positive thinking approach, asset management has affected a paradigm shift in youth ministry philosophies and programs.

Half full? Or half empty? The age-old debate about whether a glass 50 percent full of water is either half full or half empty is not just an interesting personality test. It’s surprisingly relevant to the way you interact with kids in your ministries.

Do you view your kids as full of problems, or full of possibility? Do you see them with strengths to build upon, or weaknesses to compensate for? Research conducted by the Center for Youth and Family Ministry (CYFM) confirms the reality that each kid is a mixture of possibilities and problems. Through a portion of our Urban Youth Workers in America (UYWA) Study, CYFM took a closer look at the “full-ness” and “empty-ness” of both urban and non-urban youth, confirming what anyone working with kids realizes: below the surface, each is a unique swirling mixture of potential and pain.

The Background of the Urban Youth Workers in America Study

The UYWA Study is closely related to two decades of applied research conducted by the Search Institute, a well-respected research center in Minnesota. Based on surveys with over 2 million youth in the U.S. and Canada since 1989, Search Institute has developed the “40 Developmental Assets.” The assets are 40 different building blocks of development that help people of all ages (including teenagers!) thrive. The more teenagers access these assets through their relationships and surrounding communities, the more likely they are to exhibit leadership, avoid high-risk behaviors, and succeed in school. (The 40 assets are listed and further described at the Search Institute.)

Acknowledging the wide variety of assets available to kids can help us have a more holistic ministry-by which we mean ministry that seeks to develop their whole potential. Those who practice holistic ministry seek to develop kids not just spiritually, but also emotionally, socially, physically, and academically. Holistic ministry recognizes that the kingdom of God has implications for every aspect of our lives.

Across the country, we’re discovering youth workers ­both urban and non-urban-who are eager to let the assets shape their ministry philosophies and programs. There seems to be a growing recognition that while all kids need Jesus, Jesus is not all that kids need. They also need assets like family support, a caring school climate, a chance to serve others, and appropriate boundaries and expectations. The Goals of the UYWA Study The two principal researchers in the UYWA Study, myself, from Fuller Seminary, and Dr. Kelly Schwartz from Nazarene University College, obtained permission from Search Institute to sift through its 1999 dataset of 212,000 kids. In particular, the goals of the UYWA Study were to:

As we studied kids’ assets and the implications for youth ministry, we discovered some surprises that impact how we interact with all types of young people.

The majority of the non-urban kids are Anglo/White (78%). In contrast, the two largest ethnic groups in the urban sample are Hispanic/Latino (41.3%) and Black/African­American (25.8%).

Prevalence of the Assets

Recognizing that it would be helpful to narrow these 40 assets into fewer categories, before the launch of the UYWA study, a group of researchers from Tufts University conduct­ed their own analysis on the same dataset of 212,000 youth. They simplified the 40 assets into a list of 14 asset factors2-or clusters of personal and social support systems that inter­act with each other to protect kids from risk and promote healthy development. Two categories were established: individual assets (i.e. social conscience, personal values, interpersonal values, rules and boundaries, risk avoidance, school engagement, and activity participation) and ecological or environmental assets (i.e. connection to family, community connection, school connection, contextual safety, adult mentors, positive identify, parent involvement).

Here’s more good news for urban youth workers: urban kids score higher than non-urban kids in social conscience, personal values, and connection to family, values that youth workers can build upon as they try to help urban kids love and serve both Jesus Christ and others around them.

Now for the bad news for all youth workers: While it’s tough to know whether there’s some sort of “magic number” of assets that guarantees that kids will thrive, Search Institute hints that 31 assets is a common benchmark that separates kids who thrive from those who struggle3. The averages for both samples fall far short of that benchmark.

Combine this finding with the previously mentioned difference between high school girls and guys and the implication is quite simple: focus young, focus male. Youth workers who want to try to intervene by building assets into young people need to focus on middle schoolers, especially boys, before they hit the slippery slope of asset decline. For some of us, that might mean re-thinking middle school ministry and how to divide money, time, and energy between high school and middle school ministry.

The Assets as a Springboard

Youth workers will benefit by asking certain key questions about their own youth: what assets do they have? How do these assets provide a springboard that aids in their personal and spiritual transformation?

Using that list of assets, think about your kids and answer two more questions: What assets do they lack, and what can I do to help them access the missing resources? paradigm for their role in kids’ lives. They are looking to schools, neighborhoods, and other faith-based and community-based organizations for resources that can supplement what they provide for kids.

Curt Gibson, a veteran youth worker with over twenty years of experience who currently directs the Neighborhood Student Mentoring Program at Lake Avenue Church in Pasadena, reports that viewing his kids through an asset framework has changed the way he does ministry. He trains his leadership to think differently as well. “Instead of trying to be the resource for their kids, they should find the resources for their kids4.”

Mark Maines, in his work with non-urban kids outside of Los Angeles, has decided not to keep the value of the assets a secret from his kids. Working in collaboration with other local youth workers, he’s developed a three-year curriculum that frames teaching series around the assets.

For instance, one of the 40 Developmental Assets is restraint. Mark and the team developed a teaching series based out of the book of Ecclesiastes that examined the unrestrained life in order to highlight the role of restraint in our own lives. Another asset is cultural competence. To develop this asset in their youth ministry, Mark is using the local metro rail system to introduce students to the various ethnic regions (Chinatown, Koreatown) in their area while helping students see God’s redemptive plan for all peoples throughout the Scriptures. He was able to teach about Babel (Genesis) and Jerusalem (Acts-Revelation) while standing alongside students in the heart of Los Angeles.

According to Mark, “We were looking for a way to reinvent our programs to better utilize our time with stu­dents. Once we accepted the research behind the 40 Develop­mental Assets, we quickly concluded that there was no better way to spend our time with students than to build assets. We assessed what assets we had direct influence over and began looking for the examples of the assets in Scripture. One question that has been especially helpful for our teaching is, Where does this asset first show itself in Scripture?”

Teaching the Assets to Your Church

Churches like Mark’s aren’t just being explicit about the assets with their youth ministries. They are integrating the assets into the framework of their entire church. The assets inform every ministry in five different ways:

Do kids lack the resources they need to thrive? You bet. Are kids hurting? You bet. But in the midst of the pain and emptiness we see on kids’ faces and in kids’ lives, this research shows we have something to celebrate: each of them has assets that can help contribute to their growth and development. And for that, we thank God. And we cheer.

1. The designation of kids as “urban” was based on two criteria: living in cities of over 200,000 rcs;dents wd having a mother who did not graduate from high school. Of the initial dataset, 7, 17·1 youth fit both of these criteria.

3. See Peter L. Benson, All Kids Are Our Kids: What Communities Can Do to Raise Caring and Responsible Children and Adolescents, 2nd ed. (San Francisco: Jossey Bass, 2006)

This article was originally published in Theology, News, and Notes, Vol. 54, No. 03 at Fuller Theological Seminary. Read the original article. Photo by Abderrahim Chaouni from Pexels. 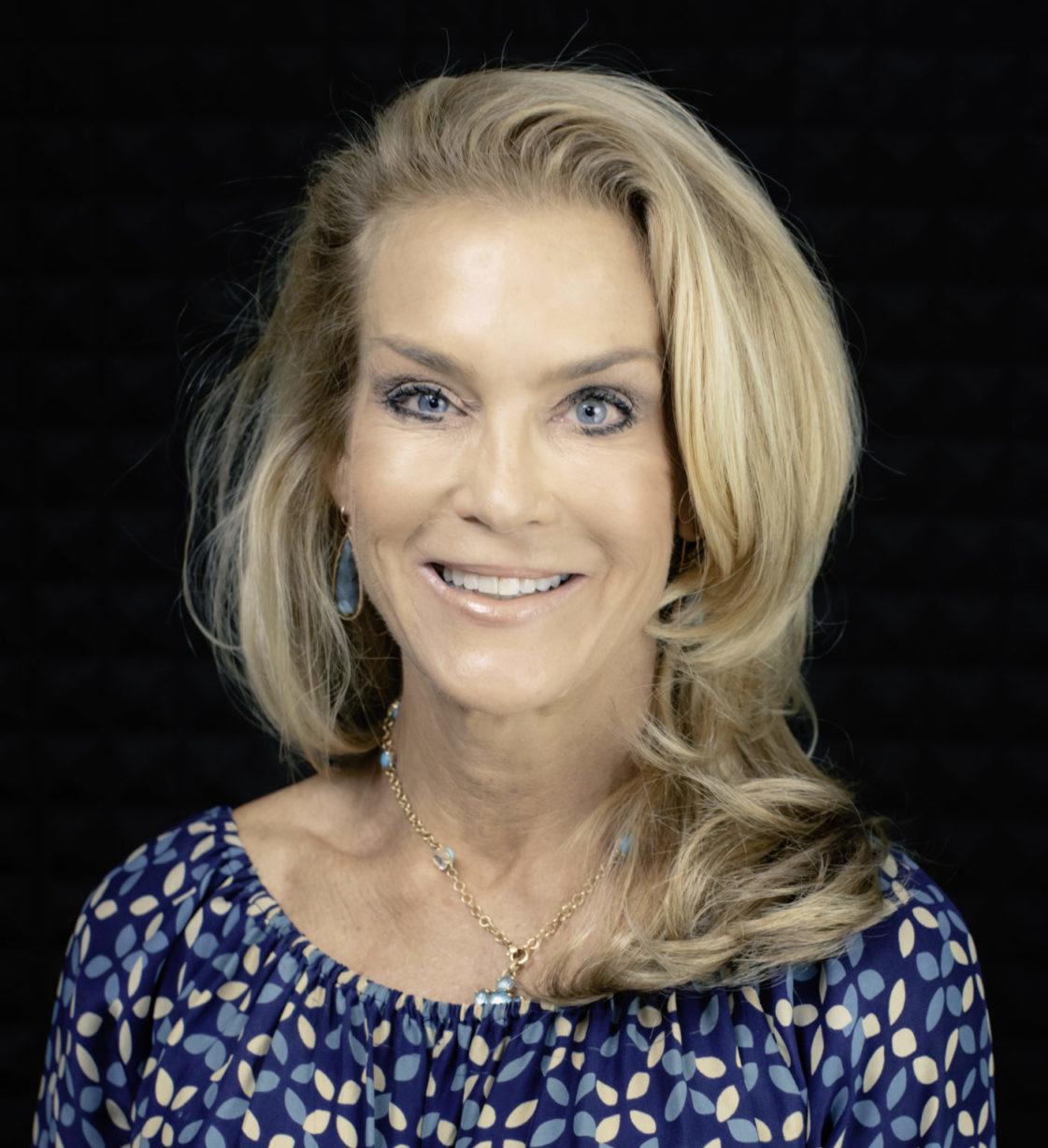 Dr. Pamela Ebstyne King is the Peter L. Benson Associate Professor of Applied Developmental Science at the Thrive Center in the Fuller Graduate School of Psychology. Her primary academic interests are applied research at the intersection of human thriving and spiritual development. She combines psychology, theology, and community engagement to further understand what enable youth to thrive. Learn more about Dr. King’s work.